Yeah. I’m a bad blogger. That’s been established. So let’s just get this out of the way:

And a description, too, why not?

After the battle with Katharine, the rebellion lies in tatters. Jules’s legion curse has been unbound, leaving her out of her mind and unfit to rule. Arsinoe must find a cure, even as the responsibility of stopping the ravaging mist rests heavy on her shoulders, and her shoulders alone. Mirabella has disappeared.

Queen Katharine’s rule over Fennbirn remains intact—for now. But her attack on the rebellion exacted a high price: her beloved Pietyr. Without him, who can she rely upon when Mirabella arrives, seemingly under a banner of truce? As oldest and youngest circle each other, and Katharine begins to yearn for the closeness that Mirabella and Arsinoe share, the dead queens hiss caution—Mirabella is not to be trusted.

In this conclusion to the Three Dark Crowns series, three dark sisters will rise to fight as the secrets of Fennbirn’s history are laid bare. Allegiances will shift. Bonds will be tested, and some broken forever.

The fate of the island lies in the hands of its queens.

I am beyond excited for you to read this final installment of the Three Dark Crowns series. I’m also sad. And frightened. And…not done working on it yet. But it will come out on September 3rd, and I really love it. I love the cover, and the queens, and the familiars, and the island, and I’m going to miss it so much. There will probably be tour dates, and I hope you will join me at them and listen to me bawl. I have no information yet about any preorder incentives, but I am grateful for all of you who have preordered already, and any of you who do (links can be found on the book’s page here on the website), or who request it at your local library. Those things really do help an author’s career, and still really helps a series, even at the final book stage.

THE FINAL BOOK! Pardon me while I weep. There are so many things I’m going to miss about this world, and about this world’s readers. Fennbirnians, if you will. The fan art. The bookstagrams. The merch that I may or may not own too much of. BUT…maybe I won’t have to say goodbye to the world exactly…or not a complete goodbye. That’s very cryptic and I can’t say more yet, or anything for sure. It’s not about the movie though, for which I have no updates. Believe me, if I had any news about the movie that I was allowed to share, I would be SHARING IT LOUDLY.

Ditto for the Anna Dressed in Blood stuff (television, I think is the focus now). Fingers crossed, both projects are still developing.

Anyway, I really love you readers, and it’s been an honor, and I’m so grateful that you’ve come on this journey with Mirabella, Arsinoe, Katharine and Jules. And I’m going to stop now before I get too emotional before the book is even out. Geez.

In non-book news, we are still thawing out from the Seattle Snowpocalypse and I haven’t left the house in a week. This weekend I will neeeed a good burger and a pint of Guinness. NEEEED. The herd of pets are all well: Armpit McGee just had a bath, and we ran a DNA test on Agent Scully and discovered she is a Pow Pow Rotterman (Pit bull, chow chow, doberman, rottweiler. With low percentages of Australian Cattle Dog and German Shepherd.) Yesterday I made a frittata. It’s like, wild and glamorous around here.

Anyway, I’ll try to post more consistent news! Or at least, more than once a year.

Tell your mother I said hello,

Kendare Blake is the author of several novels and short stories. Her work is sort of dark, always violent, and features passages describing food from when she writes while hungry. 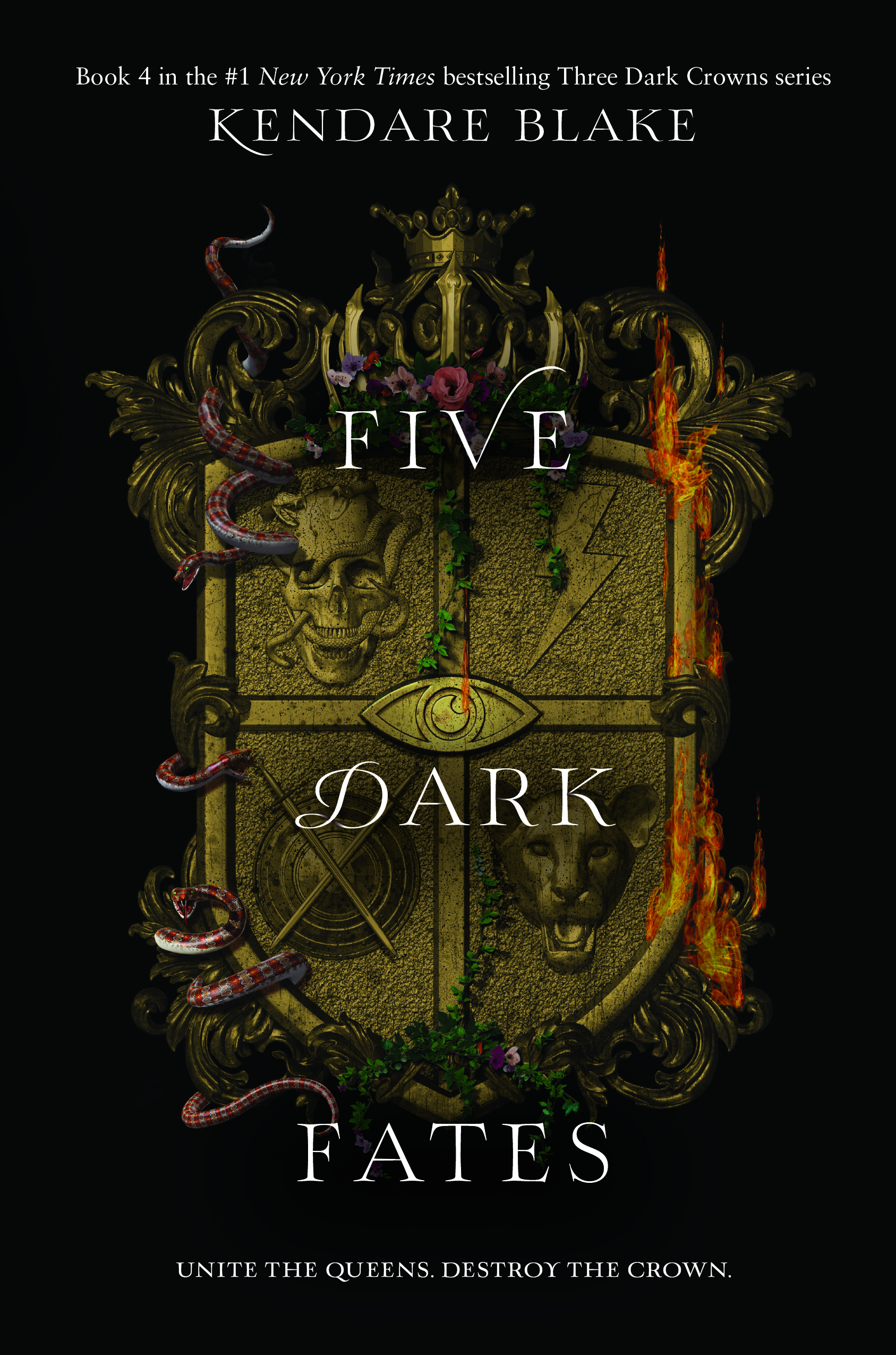